Here it is – the list of nominations for the Oscars.  I don’t think any of the nominations are a surprise.  What do you think?

The nominations for the 83rd annual Academy Awards were announced at 8:30 EST, live from the Samuel Goldwyn Theatre in Los Angeles.

Nominees for the best documentary feature include:

Exit through the Gift Shop, directed by Banksy (Paranoid Pictures)

Among the notable “snubs” from the shortlist: Waiting for “Superman“, The Tillman Story, Precious Life and Client 9: The Rise and Fall of Eliot Spitzer.

Nominees for best documentary short include:

Killing in the Name (Nominees to be determined), A Moxie Firecracker Films Production

Poster Girl (Nominees to be determined), A Portrayal Films Production

Sun Come Up, Jennifer Redfearn and Tim Metzge,r A Sun Come Up Production

The numbers are in. A handful of documentaries made over 1 million in box office sales this year.

Runner up with a decent profit :

And just because you are all curious about Winnebago Man…. a few more.

Being a doc-obsessed human being I was watching Academy Awards tonight to find out who won in the Documentary categories. (Well, and for the fashion, and the mindless entertainment value).

It was “The Cove” for Best Feature Doc.  No surprise there.  “The Cove” just broke new ground in its stylistic presentation and story structure.  It was an action film documentary and it was so compelling and scary and amazing.

The surprise of the night came during the Best Short Doc. The winner was “Music by Prudence.” Nominees were Director Roger Ross Williams and Producer Elinor Burkett.  The award was announced and gracefully Mr. Williams, the film’s director, begins his speech “I never dreamed, when I got on a plane to Zimbabwe…” and then in a Kanye-style bitch slap, suddenly was CUT OFF by the red-headed producer who hoists herself onstage and swan dives in front of the microphone.  Dude, what?!

You can see the video at Mediaite

Rumors abound, some say that she and Williams had agreed earlier that he would give the speech, some say they raced each other for the stage.  It sure appears there was some kind of personal issue between the two of them. But it might have worked out of the best. Whatever happened there’s probably more press about the Doc Short Film category due to Kanyeish controversy than anyone would have expected. I mean, when else would MTV blog about a doc that isn’t even about MTV?

See who Roger Ross Williams would have thanked if he had had the chance:

Salon.com got the behind the scenes story. – Wow.

Lehigh Valley gets some comments from Williams’ sister, who refers to Ms. Burkett as “Ms. Pain-in-the-Ass”

Nowpublic pulls in some of the twitteryammer about it.

Now is your chance to catch up on all the Oscar Nominated Documentaries for FREE!  Did I mention the shows are free?  The National Archives is going to show 82nd Academy Award Nominated Films from March 3-7, 2010.

Details: Seating for all screenings will be on a first-come, first-serve basis. No reservations will be accepted. Free tickets will be distributed at the National Archives Special Events entrance on Constitution Avenue beginning 60 minutes prior to the start time. You must be present to receive a ticket. Theater doors will open 30 minutes prior to start time. The saving of seats is strictly prohibited.

The William G. McGowan Theater is located in the National Archives Building in Washington, DC. Metro accessible on Yellow or Green lines, Archives/Navy Memorial station. The public should use the Special Event entrance on Constitution Avenue and 7th Street, NW. To verify the date and times of the programs, call the National Archives Public Programs Line at: (202) 357-5000. 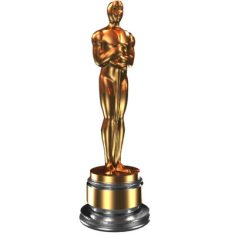 FYI for the documentary crowd : The Academy has announced this years nominees for the “Best Feature Doc” for the 82nd Annual Oscars.

Check out the OFFICIAL PRESS RELEASE.

The list includes The Cove, Burma VJ, and Food,Inc.  All docs that I wanted to see but haven’t yet…..

I guess it is no surprise by Doc&aDrink’s lack of “5 out of 5 Cheers” we have not seen any of the nominees.  That’s Right – not one!  I guess we have a lot of viewing to do …… stay tuned.